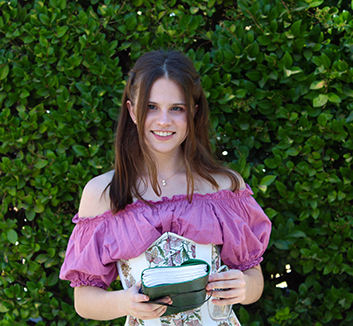 Homebrewed: A Musical Quest is an original musical about coming out, queer identities, and tabletop role-playing games (TTRPGs). This project’s inception was during the summer of 2018, carried out by Delenn Jadzia, Hannah Morley, and UCSB alumnus Preston Towers.

Homebrewed, using the backdrop TTRPGs, features members of the lesbian, bisexual, asexual, and transgender communities as they try to find their place in the world. While there are many existing coming-out stories, many tend to be realistic fiction rather than genre fiction, and even fewer tend to be musicals. There are simply not many opportunities for young queer people to see themselves in a fantasy story with a happy ending. As fantasy and science-fiction are a cultural staple, the writers of Homebrewed wanted to create an inclusive fantasy story accessible to people of all economic backgrounds.

Through Homebrewed, the creators strive to represent LGBT+ youths at a tumultuous place in their lives filled with uncertainty and self-discovery; those who have never seen the intricacies of their own story told in the public eye might be able to truly connect with a musical for the first time. Since its creation, Homebrewed has blossomed into a full musical script and album with plans for a filmed production to be shared on multiple video platforms.