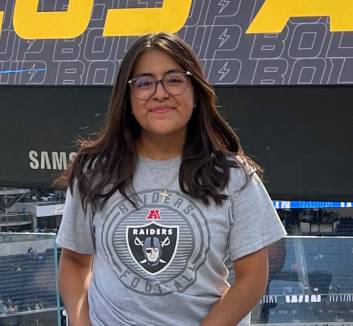 “Language Left Behind” is a website centered around a journalism piece that encompasses the usage of Mixtec, an indigenous language facing decline among young speakers in California. For generations, Mixtec was the primary form of communication in southern Mexico, specifically in the states of Oaxaca, Puebla, and Guerrero. Due to immigration, Mixtec has spread to the United States, mainly California, where many first-generation immigrants use it as their primary language. For them, speaking in Mixtec holds tremendous significance. It is their native language, a deep connection to the families left behind, and a reminder of home. For younger generations that were raised in California and surrounded by Spanish and English, Mixtec is a language that binds their community but also remains inaccessible. The younger generations thus find themselves both believing they belong to the Mixtec community and not. I find this topic fascinating because I am one of the witnesses of the rapid erasure of this indigenous language, and with it presumably, its culture and identity. As a result, I want to capture the experiences of both older and younger generations of speakers of Mixtec and explore the ways in which Mixtec can be preserved, recorded, and made more accessible both in and beyond our communities.