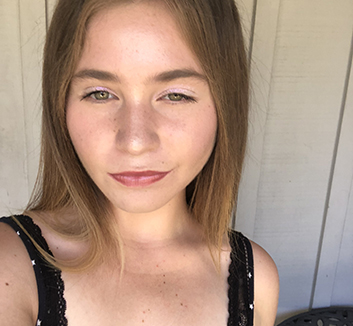 Have you ever asked yourself why the art we produce is so heavily impacted by the places we come from? Whether it be Steinbeck’s time spent working as a ranch hand outside of Salinas or Joan Didion’s upbringing in Sacramento, California has been the setting behind the origin story of some of the greatest minds in literature. Santa Barbara Bookshelf is a podcast and blog which archives the influence of California on the writer’s mind. Kara Mae Brown, a professor and lead advisor for UCSB’s College of Creative Studies writing and literature program, will sit down with a new author and California native each week to discuss process, the writer’s life, and the presence of California in art. I will be producing the podcast for publication, as well as co-hosting the interview alongside Brown for an undergraduate perspective. Santa Barbara Bookshelf finds it important to celebrate the voices which fill up our own backyard and pay homage to the California artists who came before us.

My project is a series of interviews with California writers such as Bob Krut and Ellen O’Connell Whittet. We recorded the majority of the podcast series at the Kerr Hall recording studio during Winter, and recorded an additional virtual podcast with myself and my mentor Kara Mae Brown during Spring. Golden State Writers is a podcast that celebrates the literature of California and discusses the effects that the Golden State has on the writer’s mind.

Link to my Podcast: https://anchor.fm/grace-holtzclaw