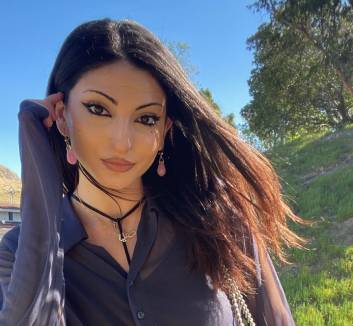 My project, Dark Reflections, is inspired by the television series Black Mirror and The Matrix trilogy, which offer a glimpse into an arguably dystopian, hellish society created by the rise of surveillance capitalism. The digital world, the shows suggest, undermines the human ability to decipher the real from the fake and offers endless opportunities for self-reflexivity. With the increasing dominance of technological communications amidst globalization and neoliberalism, the human experience has become limited to simulacra that replace reality and create a state of “hyperreality,” as argued by postmodern philosopher and sociologist Jean Baudrillard. To show the dire implications of technological innovation, I will create a series of three linked articles on the topics of social media, artificial intelligence, and digital surveillance. The social media article will explore issues such as deepfakes, self-reflexivity, and parasocial relationships. The artificial intelligence article will discuss topics like brain-computer interfaces, bots, and algorithmic bias. The digital surveillance article will highlight the militarized spyware programs employed across the globe. The three magazine-style articles will be grounded in postmodern media theory while employing an archival analysis of social media platforms and a theoretical discourse analysis. By exploring the dark implications of modern digital communications, I seek to encourage media literacy and a critical media analysis of social media and its overconsumption in order to foster a healthier engagement with media.