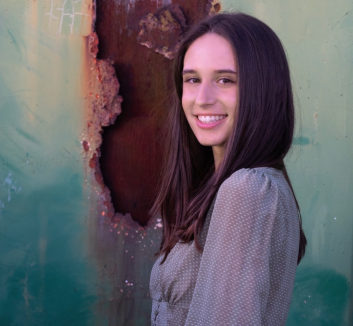 Behind the Shades: A Close Look at the Blurred Lines Between Joan Didion’s Fiction and Nonfiction

My project investigates Joan Didion’s discussions of mental health in both her fiction and nonfiction works. Prolific and critically acclaimed in both genres, Didion was uniquely candid about her life, even more so for her time. There are mirroring aspects of Didion’s discussions of her mental health in her nonfiction and her fictional female characters’ mental health. Yet, there are also stark differences in terms of the amount of detail and visualization as Didion’s fiction delves into more specific parts of the mental health struggles than her nonfiction. Unlike other writers, like Sylvia Plath, whose personal life is often incorrectly projected onto their creative work, Didion was extremely transparent about the motivations behind her fiction and her real-life influences. In her nonfiction and extensive interviews, Didion readily revealed the real-life counterparts of her characters and plot lines. Given that transparency, it is important to ask where and why Didion drew the line between fact and fiction. What purpose does writing fiction serve for such genre-crossing and transparent writers like Didion? My paper aims to answer this question by examining how Didion writes about mental health in her nonfiction and how her life and mental health informed her fiction. My examination will focus on Didion’s two fiction books (Play It As It Lays and Run River), three nonfiction books (The White Album, The Year of Magical Thinking, and Blue Nights), numerous interviews, and the 2017 documentary Joan Didion: The Center Will Not Hold