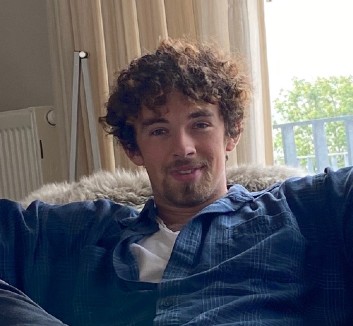 Educate Thy Neighbor: Being and Building People in the Twenty-First Century

This project will explore how social groups form and move within modern mediums of communication. Specifically, it will examine Twitter and how its users are interpellated by a product designed to be, in the foremost, entertaining. I will suggest that Twitter, being both a platform where extremely personal topics are made public, and a platform designed to entertain, creates people who above all strive to be entertaining.

To describe the movement of social groups defined by their role within a narrative of entertainment, I will borrow the language of religion and myth, a language that is particularly illuminating on the topic of social construction. I will argue that, although a platform for entertainment, Twitter is effective because it incorporates individuals into a comprehensive, meaningful, and widely inherited myth—a myth preeminently relatable and entertaining because of its religious roots. Twitter depends upon an ancient myth—rife with traditional conflicts between good and evil, light and dark, and truth and falsehood—because Twitter is comprised by a community of users from all sorts of otherwise disparate backgrounds. In order to entertain, one must be relatable, and in order to be relatable in this community, one must appeal to the most universal of inheritances.

To conclude this project I will reflect on the implications of a platform designed for entertainment, which first and foremost creates entertaining characters, and perpetuates a cosmic narrative of binary conflict. I fear that because the story Twitter tells relies upon conflict, and because it has been co-opted into an attention economy, the characters who play it out are necessarily pitted against one another for the benefit of the owners and shareholders of Twitter. I suspect that while bound to the conversation which Twitter facilitates, the causes for which people do battle will benefit few but the pockets of those who own the medium of the myth.